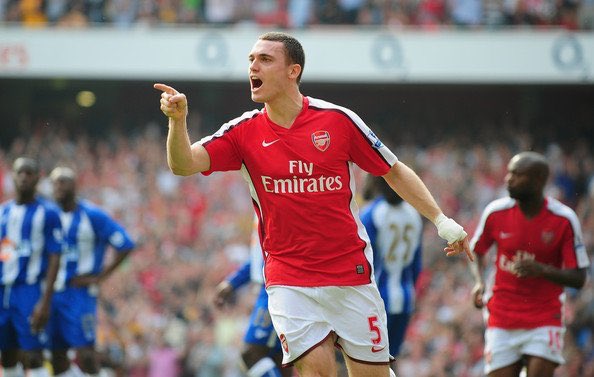 Vermaelen was made the Ajax captain when Klaas-Jan Huntelaar left the club in 2009. He was the Ajax skipper for the second half of the 2008/09 season before Arsenal signed him.

Premier League giants Arsenal paid an initial fee of €10m and €2m in add-ons to sign Thomas Vermaelen from Ajax Amsterdam. At Arsenal, the Belgian star made a very good start and he was named in the PFA Premier League Team of the Year in his debut season at the Emirates Stadium.Thomas Vermaelen was made the Arsenal skipper three years after his move to the club. He became the Gunners captain after club captain Robin Van Persie left for Manchester United in a controversial transfer in 2012. The Red Devils signed the Dutchman when he had one year left on his final Arsenal contract.

Spanish La Liga giants Barcelona paid £15m to sign Vermaelen from Arsenal in August 2014. He left the Gunners after five years at the club. His time at Barcelona was filled with injuries though he was able to win a lot of major trophies at the club. Thomas Vermaelen won nine major trophies during his five-year stay at Barcelona compared to one major trophy during his five-year stay at Arsenal. He played at AS Roma as a Barcelona loanee before spending two years at Vissel Kobe before retiring from football in 2021.