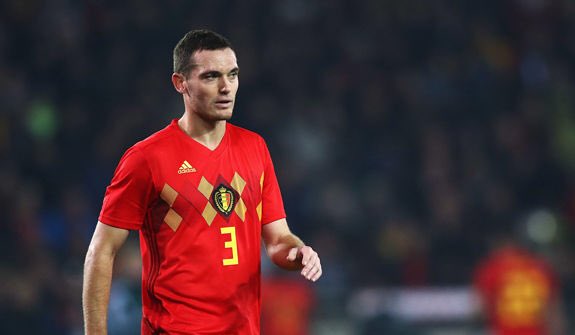 36-year-old Thomas Vermaelen was a free agent before the announcement on his retirement after his contract at VisselKogbe in the Japanese top flight ended. The Belgian international spent two-and-a-half years with Vissel Kobe where he played with Spanish football icon Andres Iniesta. Vermaelen and Iniesta were also teammates at Barcelona. Utility defender Vermaelenjoined Vissel Kobe as a free agent on the back of his Barcelona exit. Thomas Vermaelenis a versatile defender who can play either as a centre back or as a left-back and he left Barcelona at the end of his contract with the Spanish La Liga club.

Thomas Vermaelen will join the Belgium national team coaching staff as an assistant manager to Roberto Martinez. Ex-Wigan Athletic and Everton boss Martinez is the Belgium national team. Roberto Martinez was in the Belgium dugout as the Red Devils crashed out of the Euro 2020 tournament last summer. They were eliminated by eventual winners Italy at the quarterfinal stage via a 2-1 scoreline. Also, the Red Devils of Belgium finished last under his watch at the UEFA Nations League final in October 2020. The Belgians were beaten by France in the semi-finals of the Nations League after the reigning world champions came from two goals down to score three goals in the last quarter of the game and seal a 3-2 win. Belgium then lost 2-1 to hosts Italy in the 3rd/4th place playoffs to finish last.

Vermaelen previously played for Ajax Amsterdam, Arsenal, AS Roma and Barcelona before Vissel Kobe. He scored two times in 85 appearances for the Red Devils of Belgium.