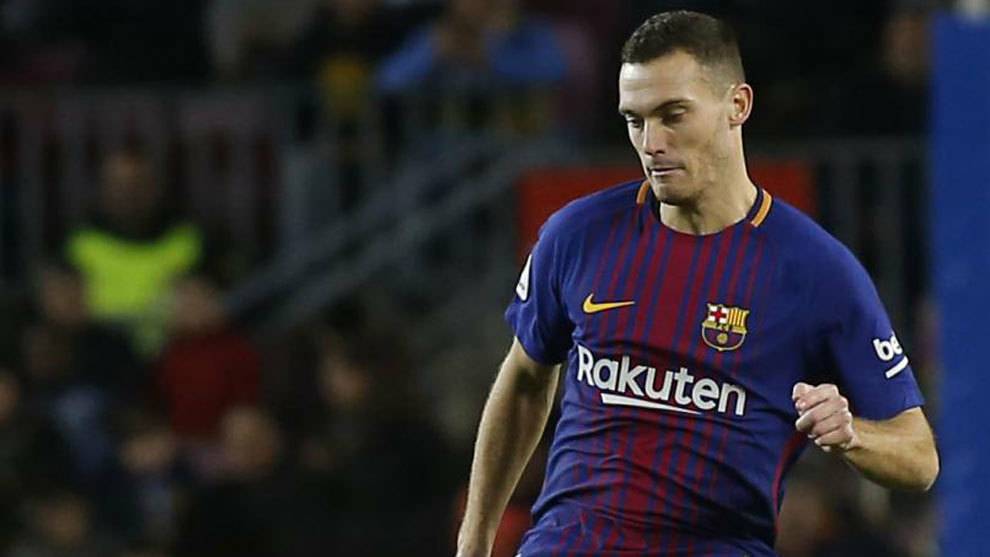 Vermaelen didn’t feature for Barcelona for several months after his transfer from the Premier League due to injuries. He had been pencilled down for a debut against APOEL Nicosia of Cyprus in the Champions League, before injury struck and he was taken out of the squad for the game. The Belgian had to undergo surgery to correct a recurring hamstring problem thereby ruling him out for four months at least.

Thomas Vermaelenmade his return to the Barcelona squad for the first time since the surgery to end a persistent hamstring problem during the league game with Real Sociedad in May 2015. The utility player was an unused substitute as Barcelona ran out 2-0 winners.

Vermaelenmade his Barcelona debut against Deportivo La Coruna on the final day of the 2014/15 Spanish La Liga season. He played for 63 minutes before Douglas was subbed on for him as the two teams played out a thrilling 2-2 draw at the Nou Camp. Deportivo La Coruna were able to secure a good result at the home of Barcelona.

In his second season as a Barcelona player, Vermaelen didn’t have to wait for long to register his first goal in a Barcelona shirt. In the second game of the season, Vermaelen scored the only goal of the match to lead the Catalan giants to a 1-0 win over Malaga on August 29, 2015.