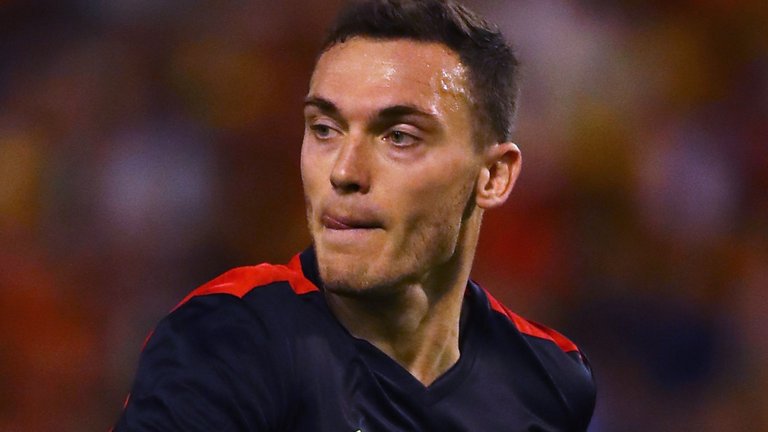 Thomas Vermaelenmoved to Ajax Amsterdam in 2000 and he spent over three years in the youth team before he made his debut for the first team squad. The former Arsenal skipper scored seven times for Ajax Amsterdam in 97 matches.

Vermaelen played his first game for Ajax in a 2-0 victory over hosts FC Volendamon February 15, 2004. He became a regular fixture in the Ajax team upon his return from a loan spell at RKC Waalwijk. The Belgian national team player netted 12 times in 33 games for Waalwijk in league football while he was at the club.

Thomas Vermaelen won the Dutch Cup upon his return from his loan spell at Waalwijk and his performances in the Ajax first team led to him being called up to the Belgian national team. He became a constant fixture in the Ajax team during the 2005/06 season after returning from Waalwijk. The Dutch Super Cup win followed that Dutch Cup.

Vermaelen and Ajax added another Dutch Cup title and Dutch Super Cup title in 2007. He developed a formidable central defensive partnership with JohnHeitinga before the latter left the club to join Atletico Madrid. Jan Vertoghen replaced Heitinga in the Ajax XI. The Belgian national team duo of Vertoghen and Vermaelenformed a good partnership at the heart of the Ajax Amsterdam defence when Dutchman Heitinga left the club.

Thomas Vermaelen became the Ajax skipper midway into the 2008/09 season after captain Klaas-Jan Huntelaar left the club. The defender left Ajax for Premier League giants Arsenal for a fee rising to €12m in the summer of 2009.